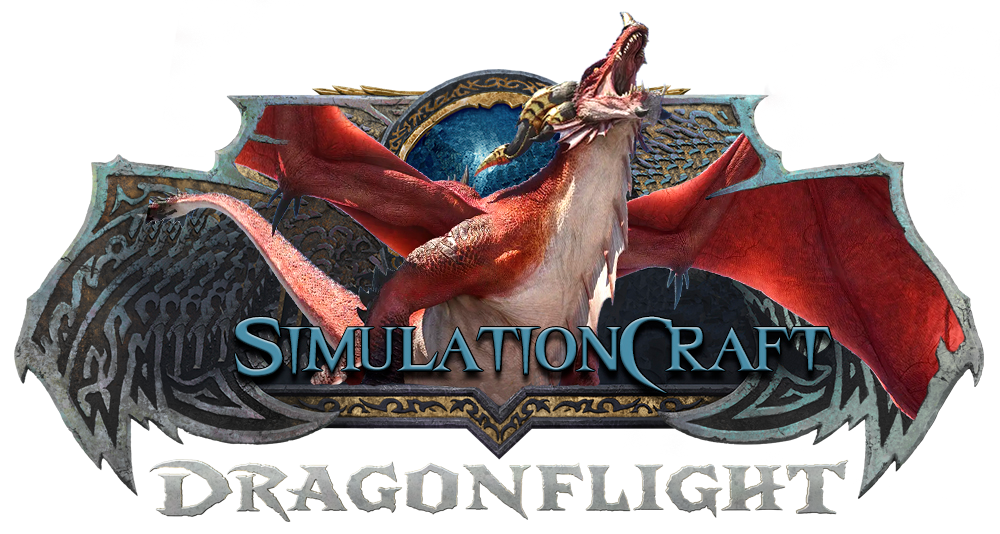 SimulationCraft is a tool to explore combat mechanics in the popular MMO RPG World of Warcraft. It is a multi-player event-driven simulator written in C++ that models raid damage.

Simulationcraft nightly builds are created daily for both Windows and MacOS. The link above always contains only the latest available build for a given version. The graphical user interface on windows requires Windows 10/11 version 21H2 or later.

The nightly builds contain a git commit hash of the source that was used to build the release. For example, simc-901-01-win64-7bd7371.7z was built from the sources that contain all code up to this commit.

There will no longer be any manual release builds available starting with shadowlands. SimulationCraft is in constant development, which means that manual releases quickly become outdated. This often caused confusion and problems in the past, since important enhancements and bugfixes are often missing. We think that providing only nightly builds will be more beneficial for everyone involved.

Old nightly builds can be found here and can be downloaded by clicking on a build and downloading the artifact from github.